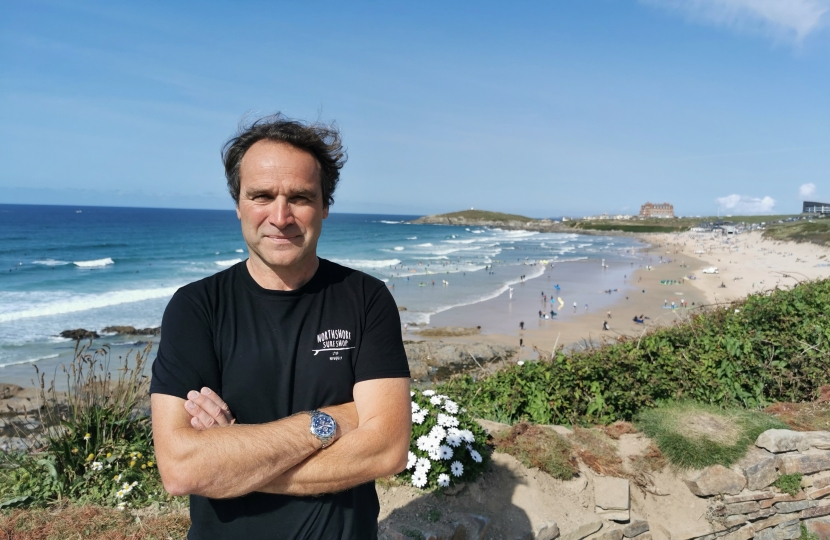 Cornwall Councillor for Newquay Treloggan Olly Monk today expressed his outrage at Cornwall Council in relation to its handling of one of its flagship projects.

The Saints Trails are meant to be a series of interconnecting cycle paths starting in Newquay going through Perranporth and 3 other trails Truro to St Agnes, Trispen to Idless and St Newlyn East to Carland Cross.

These were approved with a budget of £19.1 million and a forecast completion date of March 2021.

However agenda papers for Cornwall Council’s Audit Committee published yesterday show that the earliest completion date to acquire essential land for the project could be beyond March 2023, forecast costs are now £25 million and rising, £6 million over budget.

“It is crystal clear from the report to the Audit Committee that this, being blunt, has been a colossal lash up from start to finish. Not that we can even now see a finish! Nothing has been done right, there has been a complete lack of oversight but what really makes me angry is the attitude of the Portfolio Holder for Transport, Geoff Brown, LibDem Councillor for Newquay Central.”

“He was expressly asked for an update on this project at a Cabinet meeting on December 16th 2020, when he promised a detailed update to councillors on progress which we haven’t received. He went so far as to suggest that there were no issues apart from with a couple of landowners and yet it is clear from the papers that this is so far from the truth as to be literally incredible. He either did not know what was happening with the project or was complicit in misleading us all about the project’s status.”

“Indeed, my doubts about what Cllr Brown knows are heightened by the fact that at lunchtime today in a briefing to Councillors that was available to the public he was boasting about the Saints Trails and still showing a cost figure of £19 million, maybe he really does not know what is going on.”

“In the end I honestly cannot see how Cllr Brown can have the brass faced cheek to remain as a cabinet member for one day longer. I hereby call on Cllr Geoff Brown to stand down from his role as Cabinet member for Transport.”

“It is now apparent that this entire project has been mismanaged from start to finish. These routes which promised so much for the people of Cornwall are now in jeopardy. It will be a massive blow if this project does not now go ahead. So many people have been eagerly waiting for these routes to be delivered.”

“I am certain that the Audit Committee and, in particular its Chair Councillor David Harris will have more to say on this issue.“