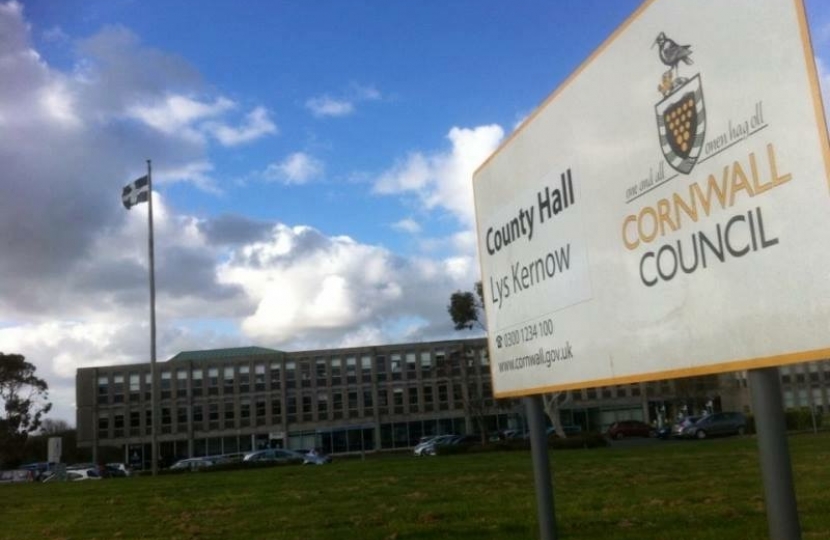 It was another chaotic meeting of the Liberal Democrat-Independent Cabinet that runs Cornwall Council yesterday as during the debate on the Budget, the council’s Leader, Julian German called the £20million the council has spent in 2019/20 on consultants ‘fictitious’, contradicting both council officers and his own Deputy Leader.

During the debate, Conservative Group Leader, Cllr Linda Taylor, highlighted funds of more than £500million that had come in Cornwall from the Government during the Covid-19 pandemic, and called the Cabinet out on complaining about the £5.3million budget for education services compared to the £20million spent by the council on consultants in 2019/20

In response, the Leader of the Council said:

‘I think you also need to understand the budget and the £20million on consultants is a fictitious figure.’

However this directly contradicts both the figures themselves, which were supplied under the Freedom of Information Act, and the words of Deputy Leader of the Council Adam Paynter, who at the last meeting of Full Council acknowledged that he knew about the spend and promised a breakdown of the costs to all councillors.

“It is quite extraordinary that here we have a Leader of the Council that seems happy to throw not only his officers but also his Deputy Leader under the bus when it comes to admitting the truth.”

“At least Cllr Paynter had the decency to put his hands up and admit the shocking spend of Cornwall Council of £20million on consultants in the 2019/20 year. But it is quite extraordinary that the Leader of the Council has flat out denied this massive splash of taxpayer cash, in contradiction of not only his Cabinet colleague but also the officers of the council who provided these figures in black and white to us in the first place.”

“Is this a rift in the Lib Dem-Independent administration that has run Cornwall Council for the past 8 years? I hope their disagreements won’t impact any further on the service that this council provides the good people of Cornwall during these difficult times.”

“The Conservative Group on Cornwall Council will continue to call them out on their mistakes, on behalf of the people of Cornwall who we are here to represent, and ensure that false and misleading statements like this, made in public, are challenged and they are held to account.”