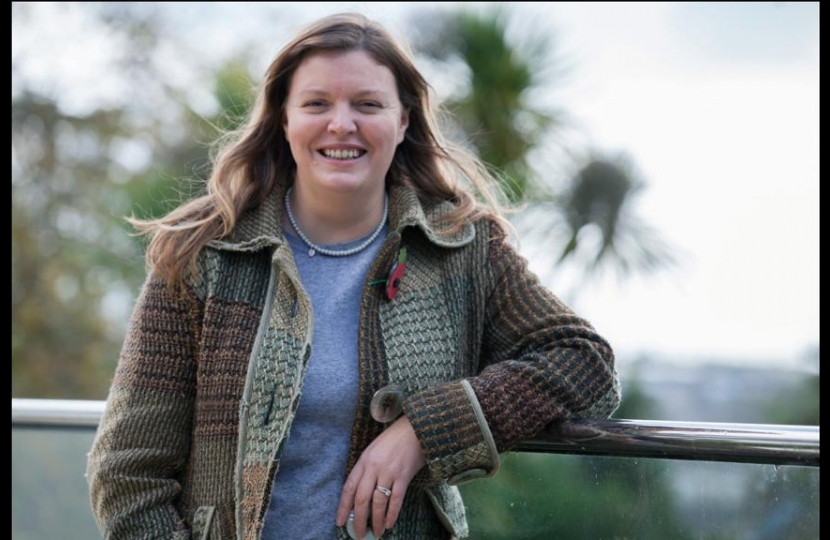 Cherilyn Mackrory, Conservative Parliamentary Candidate for Truro and Falmouth has welcomed the news that a Conservative majority government will introduce a national vaccination reminder system to boost childhood vaccination rates,

Today Health Secretary Matt Hancock has announced every family will receive a reminder from their GP practice that it is time for their child’s next vaccination, to help reduce the number of delays in vaccinations and halt the spread of infectious but preventable diseases.

While confidence in the UK’s world-leading vaccination programme remains high – with uptake exceeding 90% for most childhood immunisations – there has been a small but steady decline in coverage in recent years. Recent statistics show that just 87% of children are getting their second dose of the MMR jab, which has likely contributed to the spread of measles.

The new system will primarily operate through text messages and digital reminders, with the option for postal reminders for those without a digital medical record.

The move will come as part of a wider Vaccination Strategy, which the next Conservative Government will launch within the first 30 days of the new administration as part of a bid to regain the UK’s ‘measles-free’ status.

It comes on top of the Conservative manifesto plans to deliver 50 million more appointments in GP surgeries by boosting the number of primary care staff – which will improve families’ access to nurses and GPs to get their children vaccinated.

“I am delighted to see this strategy emerging. It is vital that childhood vaccination rates are maintained and improved in order to stop the spread or comeback of infectious but preventable diseases.”

“This follows the Prime Minister’s visit to Treliske earlier this year where he announced a number of measures designed to improve vaccination rates, including for MMR, and called for health leaders to renew their efforts to meet 95% for both doses of MMR.”

“I am pleased to see this elaborated and expanded on and tangible actions announced that will help combat these diseases under a future majority Conservative Government.”

“The science is clear: vaccines save lives, and ensuring that children are properly immunised is one of the most important things any parent can do for their children.”

“So we will introduce a national vaccination reminder system, to make sure as many children as possible are vaccinated.”

“Jeremy Corbyn is not only trying to waste 2020 having two referendums – the fact that he doesn’t appear to accept that vaccines are a safe way to protect children from preventable disease shows he will never do what is necessary to regain our measles-free status as a country.”

“Only Boris Johnson and the Conservatives will get Brexit done and focus on the things that really matter to people – like ensuring that our children are healthy and protected.”