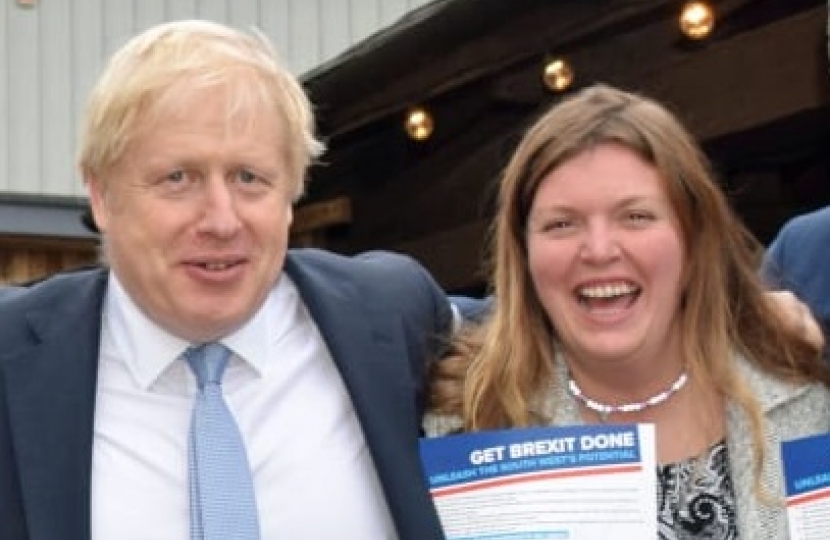 Cherilyn Mackrory, Conservative Parliamentary Candidate for Truro and Falmouth, has today joined the Prime Minister during his visit to the Truro and Falmouth constituency at local business Healey’s Cyder Farm.

“I was absolutely delighted to host the Prime Minister Boris Johnson during his visit to Healey’s Cyder Farm today. It was a real honour to show him around this thriving Cornish powerhouse of a business, famous not only for its iconic Rattler Cyder but also as a great visitor attraction in its own right.”

“I was pleased to give the Prime Minister an update on how my positive campaign to get elected as Member of Parliament for Truro and Falmouth on the General Election on 12 December is going, and then introduce him to an overwhelmingly enthusiastic crowd of local supporters.”

“Only by voting for me on 12 December will we get Boris as Prime Minister and a Conservative Majority Government that will get Brexit done and then move on to the important issues such as our NHS, education and policing that are at the heart of our domestic agenda.”