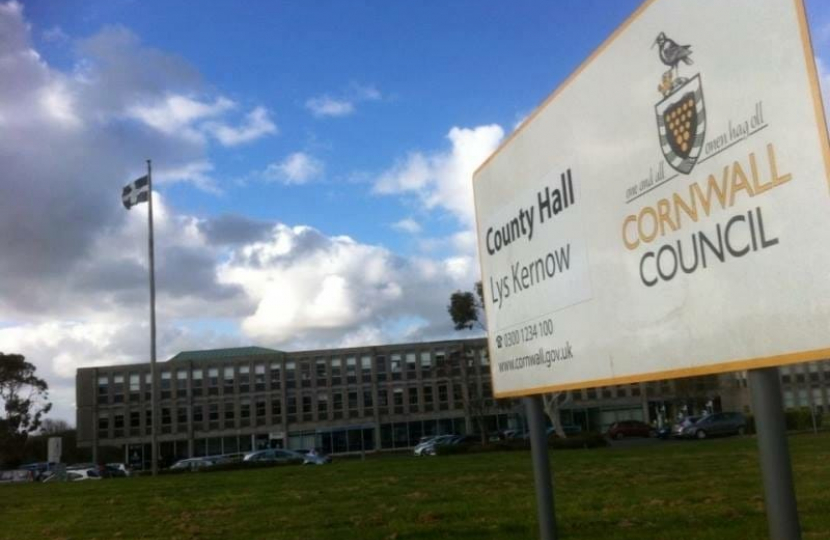 Cornwall Council will tomorrow (21 September) be considering a motion to support the National Farmers Union’s call to ban sky lanterns.

“I am proud to have led on the original campaign from Cornwall Council back in 2015 to ban the launching of these perilous contraptions from council land or from events that need licenses.”

“I was pleased then to lead a cross party motion that got nearly unanimous support, and I hope we will have the same outcome tomorrow when another motion I am leading comes before Cornwall Council.”

“My motion calls for the council to support the National Farmers Union in their campaign calling upon the Government to ban the sale and release of these dangerous devices altogether.”

“The NFU is not alone calling for a ban and head a coalition of organisations including the RSPCA, National Fire Chiefs Council and Keep Britain Tidy.”

“Countries around the world including Germany, Austria and Brazil all understand the risk of sky lanterns and have implemented a ban on them.”

“So I hope we can add our weight to this campaign and call on the Government to ban the sale and use of these things.”

“But it isn’t just an exercise in letter writing, we are also asking that the council starts its own online campaign via its website and social media channels, to raise awareness of the dangers that the launching of sky lanterns brings to our wildlife and the countryside.”

“For example, in 2013 a sky lantern was caught on CCTV and believed to set fire to around 100,000 tonnes of plastic recycling at the Smethwick plant. Around 200 members of the fire crew attended and three firefighters were taken to hospital.”

“More recently in January 2020, a sky lantern caused a devastating fire at a zoo in Germany killing more than 30 animals.”

“More locally I am sure we have all seen or heard of times where individual fire lanterns have burned livestock or horses, or where cattle have been killed by ingesting the wire frames that get left behind and end up mixed with silage.”

“There is also the matter of general littering.”

“As I have said in the past, if I were to get a load of litter, set fire to it, and shoot it out of a cannon, I would quite rightly probably get done for littering.”

“In my mind, setting off fire lanterns is no different.”

“This is just littering by another delivery method.”

“I hope we can tomorrow give the go ahead to launching our own campaign to get this clear message out there and that councillors from across the chamber will join me and more than 70,000 others who are supporting the NFU in their petition, urging the Government to create a safe, cleaner, greener countryside, by introducing a total ban on sky lanterns.”