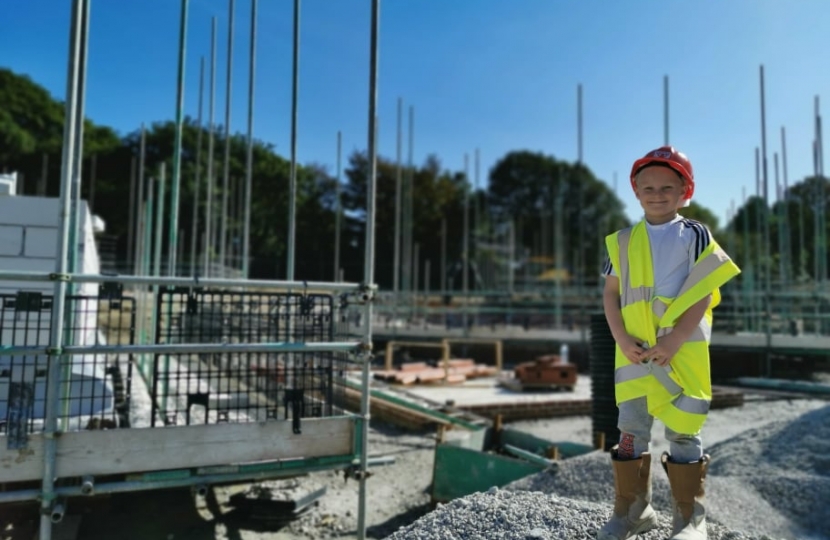 Following action from local Cornwall Councillors, Cornwall Council has today confirmed it will be removing a charge which was introduced earlier this year and applied to people buying an affordable home in the Duchy.

From 1 February 2021, Cornwall Council has been charging a non-refundable Section 106 eligibility assessment fee of £150 to people who are successful in purchasing an affordable/discount market scheme home in Cornwall.

Cornwall Council says this fee recovers the cost of assessing whether someone is eligible to buy an affordable home and that the fee will need to be paid by the person buying the property before they authorise the purchase.

Mevagissey and St Austell Bay Cornwall Councillor James Mustoe had gathered cross party support for his motion which would have called for Cornwall Council to scrap the fee at September’s Full Council meeting.

However today, Cornwall Council has confirmed it will be scrapping the charge, thus avoiding the cost of the motion coming before the council, and potentially then being looked at for months ahead of any decisions being made.

“I am pleased to see Cornwall Council listen to the concerns raised by me and the cross-party group of councillors who raised this issue and demanded change.”

“As a relatively recent purchaser of an affordable home in 2019, which my family and I saved for years to afford, I was astounded that Cornwall Council, at the beginning of this year, in the middle of a pandemic and housing crisis, introduced a charge for people buying such a property.”

“People buying an affordable home are already needing help to get on the housing ladder. It takes years to save a deposit and when you purchase a house you already have to pay thousands of pounds for solicitors fees, so it was simply abhorrent to me that Cornwall Council was contributing to this cost by charging them even more.”

“However I am pleased that Cornwall Council has seen sense and once this has been highlighted to the new administration, they have immediately taken steps to remove it, while ensuring that the overall service offered to the taxpayer is still a good one, and avoiding the costly process of the motion going before Full Council and proceeding through the council for months on end before a decision is made.”

“I would like to thank local MP Steve Double for his support in putting the motion together and highlighting the issue, Cornwall Council Leader Linda Taylor and Housing and Planning Cabinet Member Olly Monk for listening and taking this pragmatic and positive step to improve things for people buying an affordable home, as well as the cross-party group of councillors who came forward to offer their support in solving this issue, including Michael Bunney (MK) who seconded the motion, and named supporters Kate Ewert (Lab), Armand Toms (Ind), Connor Donnithorne (Con) and Tara Sherfield-Wong (Con).”

The Conservative Group on Cornwall Council has welcomed the news that the Government has today confirmed the tax loophole that has allowed some owners of second homes to abuse the system will be closed.