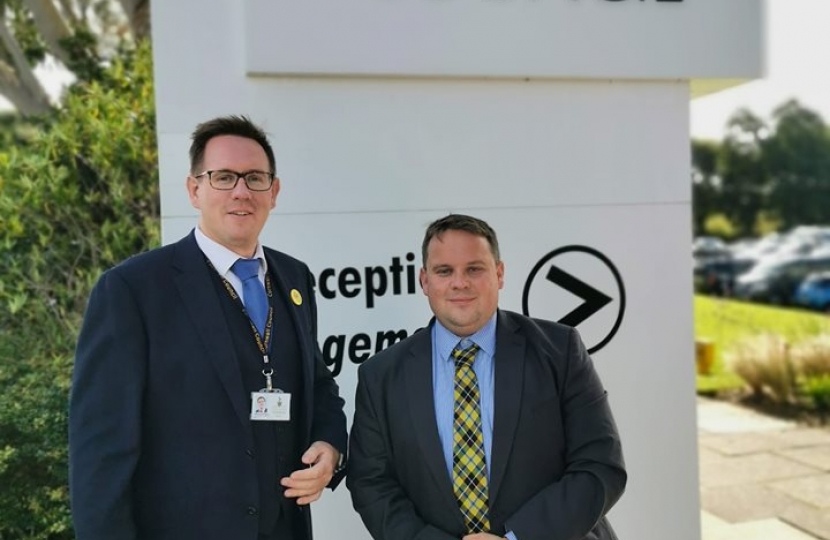 A motion calling upon Cornwall Council to review its handling of the application process for ‘blue badges’ has passed its first hurdle after going through a meeting at Full Council on Tuesday.

Cornwall Councillors Richard Pears and James Mustoe are calling for the council to review its application process after a shocking case where Mount Charles resident and amputee Chris Witt was denied the vital badge came to light.

The Councillors are now asking the council to review the process and treat applications with some common sense in order to avoid situations happening again.

“The current procedure, which has led to people who are obviously in need of assistance being denied it is clearly unacceptable and I am appalled that the council of which I am a member behaves in this way.”

“All we are asking them is to show a little common sense, care and compassion with these cases in the future.”

“We are pleased that our motion passed its first hurdle today and has been referred to Cornwall Council’s cabinet for scrutiny and further recommendations. I trust that they will agree with us and make the obvious and overdue changes that are needed for the good of some of the most vulnerable people in Cornwall.”

“I was horrified to see this case and then concerned that Cornwall Council sought, instead of immediately admitting their mistake and changing it, to blame national policy. Thanks to our MP Steve Double for liaising with the Department for Transport and correcting Cornwall Council on this important issue. I look forward to seeing what the Cabinet comes up with and hope that the solution is one that is sensible for all.”

“This issue came to light when it was raised with me by a constituent. I was pleased to clarify with the Department for Transport that the administration and award of blue badges are solely the responsibility of Cornwall Council and have been pleased to have worked with Councillors Pears and Mustoe to highlight this.”

“It clearly cannot be right that someone like Chris Witt, who has lost a limb, does not automatically qualify for a blue badge.”