On the day Full Council was supposed to take place, Cornwall Council’s Conservative Group is ready for work 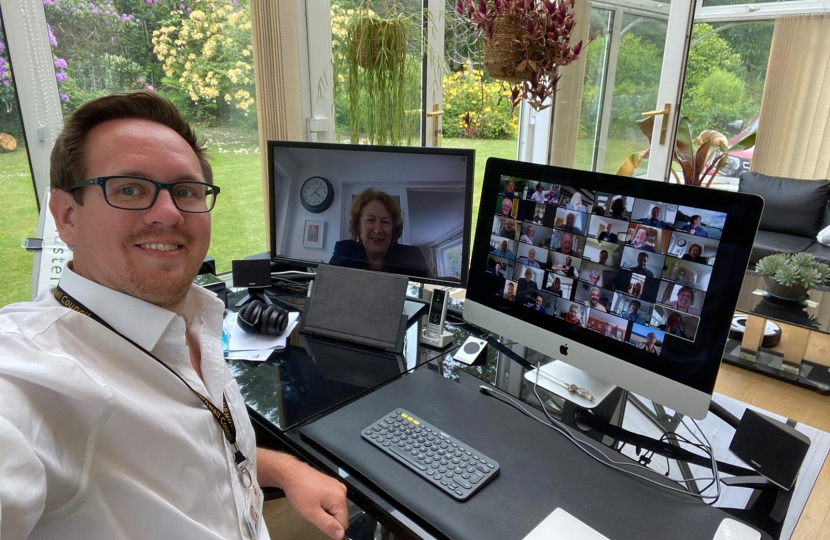 The Conservative Group at Cornwall Council has reported for duty on the day the council was supposed to hold its latest cancelled Full Council meeting.

Nearly 40 of the councillors were able to virtually meet as part of their weekly activity to discuss goings on in Cornwall during the COVID-19 pandemic as well as what more Cornwall Council should be doing for the Duchy during this time.

“It is a shame that the powers that be at Cornwall Council have cancelled yet another meeting, meaning that formal council business either gets delegated to officers or pushed back into the long grass.”

“We have only now had one formal Cornwall Council meeting since lockdown started, whereas other democratic organisations, from parish and town councils in Cornwall, all the way up to Parliament have been able to hold regular meetings virtually and vote.”

“It is frustrating when we see this happening but are able to meet perfectly well as a large group of councillors, and are having regular complaints from businesses in Cornwall about the time it is taking the council to sort out an application system for its discretionary payments fund, which have again already been set up quickly and efficiently by other councils elsewhere.”

“This simply isn’t good enough. When will we get democracy back in Cornwall and when will the Lib Dem/Independent administration get a move on, open themselves to scrutiny from the public and other councillors and start formally meeting again?”

The Prime Minister this morning set out our ‘New Deal’, an ambitious economic strategy to rebuild Britain across the UK, putting jobs, skills and infrastructure investment at the heart of our economic recovery post-coronavirus, and delivering on our manifesto pledges to level up the entire countr