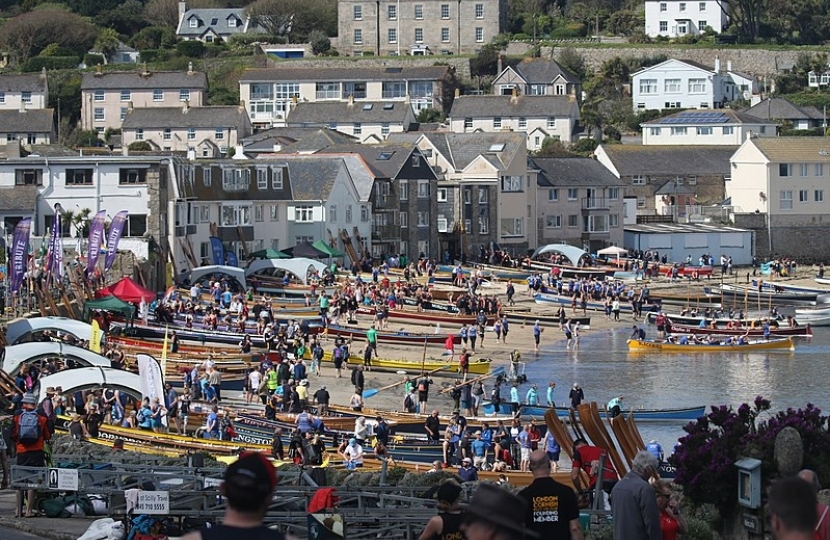 West Cornwall MP Derek Thomas is calling for an extra Bank Holiday next year to help those adversely affected by a shift to the early May date to coincide with the 75th anniversary of VE Day.

Business Secretary Greg Clark has announced that the early May date for 2020 would be moved back by four days, from Monday, 4th to Friday, 8th, so that it can become part of a three-day weekend of events to mark the end of fighting against the Nazis and the end of war in Europe.

While keen to see this momentous occasion properly remembered, Mr Thomas says that the relatively late notice of the change of date has already caused problems for many people and businesses and is leading a debate in Parliament on Tuesday to discuss the potential for the Government to make both the Monday and Friday bank holidays.

Ahead of the debate he is appealing for case studies to demonstrate how people will be affected by the change in date.

“A day to pay tribute to those who served in one of the most significant events in our country’s history is absolutely the right thing to do,” he said.

“However, the change has been announced with just 11 months to go and while that may seem a long way off, some plans and events which were already in motion and which relied on the original bank holiday have been affected.

“I’ve been contacted by a number of businesses on Scilly with regard to the World Pilot Gig Championships traditionally held over the early May Bank Holiday.

“Hoteliers feel they have been left in the lurch – in some cases they may not be able to make alternative arrangements for pre-existing bookings and will have a lot of unhappy customers.

“I have also heard about a firm which manufactures calendars and they estimate they will lose £200,000 from having to change the date.

“Ordinarily speaking I would not back the idea of inflicting further bank holidays on small businesses, but given the importance of commemorating VE day and the fact that the Government left the decision to change dates so late, I am proposing it makes both days bank holidays.

“I have secured a debate in Parliament next Tuesday on this matter and I want to hear from anyone who has been affected so that I can raise concerns directly with other colleagues and the Government.”

To share how this has affected you, Mr Thomas is asking people to email him at derek.thomas.mp@parliament.uk before this Tuesday, 18th June.