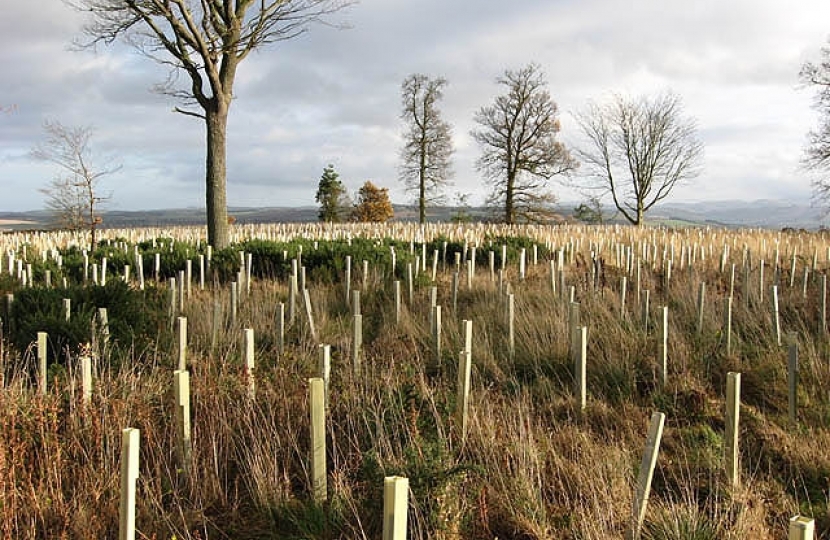 West Cornwall MP Derek Thomas has urged the Government to accelerate environmental policies which will improve people’s health and wellbeing, calling for the establishment of a Nature Recovery Network.

Leading a Westminster debate on the ‘Effect of the 25 Year Environment Plan on World Health’, Mr Thomas highlighted the benefits that the natural environment can have on health and said that “increasing access to wildlife-rich natural surroundings can help stop the rise of preventable, life-limiting and costly illnesses and reduce avoidable health inequalities”.

“The lack of access to nature is a significant factor in health inequalities,” he added.

“Those living in the most deprived areas are ten times less likely to live in the greenest areas according to Wildlife Trusts.

“Nearly 40% of the English public don’t visit nature even once a month, with 13% of children reported as not spending any leisure time outdoors.”

In his own constituency, Mr Thomas plans to lead a project which aims, with the help of local schoolchildren, to plant 20,000 trees across West Cornwall by the end of 2020 and, in his speech, he welcomed DEFRA guidance that supports the benefit of tree planting to combat air pollution.

He also praised the work of the RSPB which has played a leading role in the resurgence of the rare Manx Shearwater  on Scilly through Seabird Recovery Project  as well as the recovery of the Cornish Chough in West Cornwall.

Mr Thomas called on the Government to act quickly and implement the nature and wellbeing policies promised in the 25 Year Environment Plan, including the creation of a Nature Recovery Network.

“For the ambition of the 25 Year Environment Plan to be realised it is essential that the Government brings forward an environment bill that contains a legal obligation on this and future governments to take action for nature’s recovery,” he added.

“We need a Nature Recovery Network bringing nature into every neighbourhood and to ensure everyone, whatever their background, has access to wildlife-rich natural green spaces every day.”

After being questioned by Mr Thomas about the timing of the bill, Environment Minister Therese Coffey confirmed that the Government will be bringing forward the Environment Bill immediately after the new session of this parliament begins this summer.