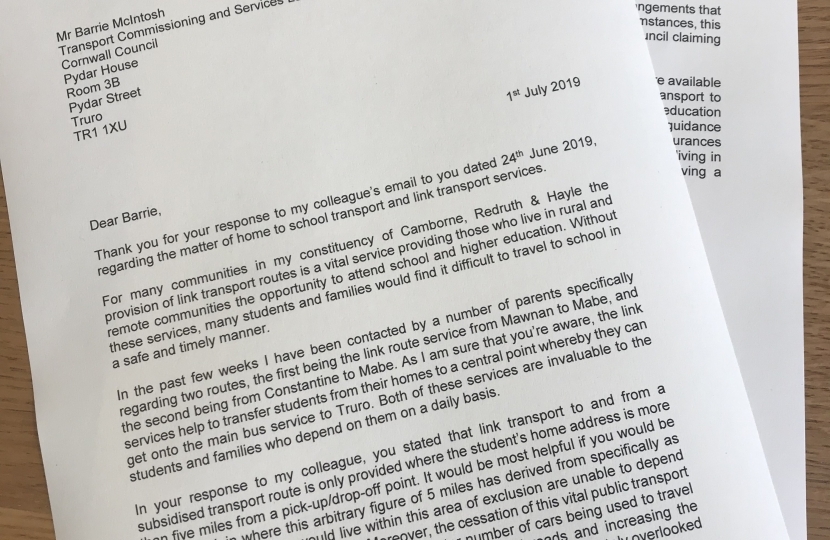 George Eustice, MP for Camborne, Redruth and Hayle has today called on Cornwall Council to rethink its decision to axe the post-16 transport services for villages in Constantine and Mawnan.

In a letter to the Transport Commissioning and Services Lead at Cornwall Council, George highlighted the fact that many students in rural and remote communities depend on the post-16 transport service to travel to school in a safe and timely manner. In addition to the inevitable lack of other transport arrangements for the villages, George made clear that alternative travel arrangements could present themselves as more time consuming and could even involve students walking these unsafe routes despite the Council stating that this is not expected of students. Concerns were also raised of the economic impact that this would have on families.

George said,“Post-16 transport services are a vital transport option for many who live in rural and remote communities and I think that Cornwall Council should reconsider its recent decision to stop support for 16-19 year old students who live in Constantine and Mawnan. The rural nature of parts of Cornwall means that public transport is often a challenge and lack of transport can be a barrier to education. Decisions to suspend services like this should never be taken lightly.”