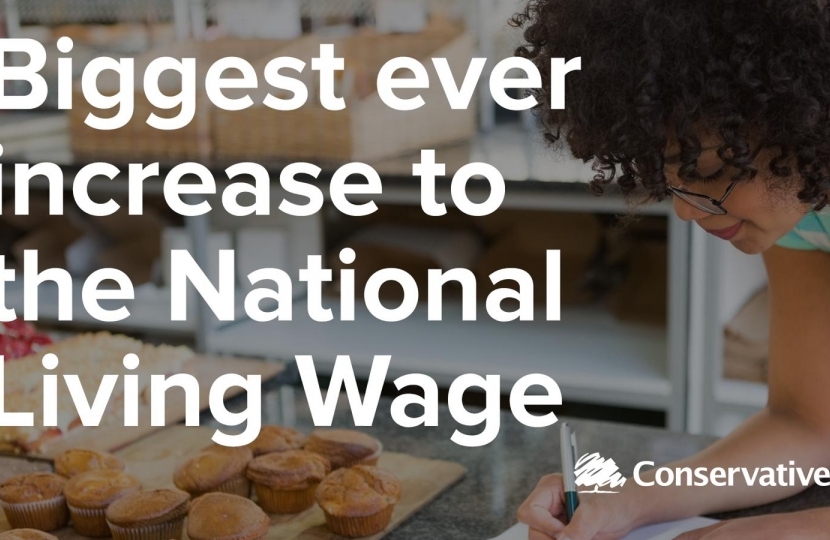 George Eustice, MP for Camborne, Redruth and Hayle has welcomed recent news that the national living wage will be increased to its highest level.

Since the Conservatives announced the National Living Wage in 2015, it has helped protect the lowest paid – increasing wages faster than inflation and average earnings. Today, a full-time worker receiving National Living Wage will be more than £2,750 better off over the year compared to when it was first announced in 2015.

George said, "I'm glad that the National Living Wage has been increased and that the Government is working hard to benefit workers in communities across the country. Since it was introduced, the National Minimum Wage has benefitted the lowest in society, and we will continue to support workers across Cornwall and the rest of the country."