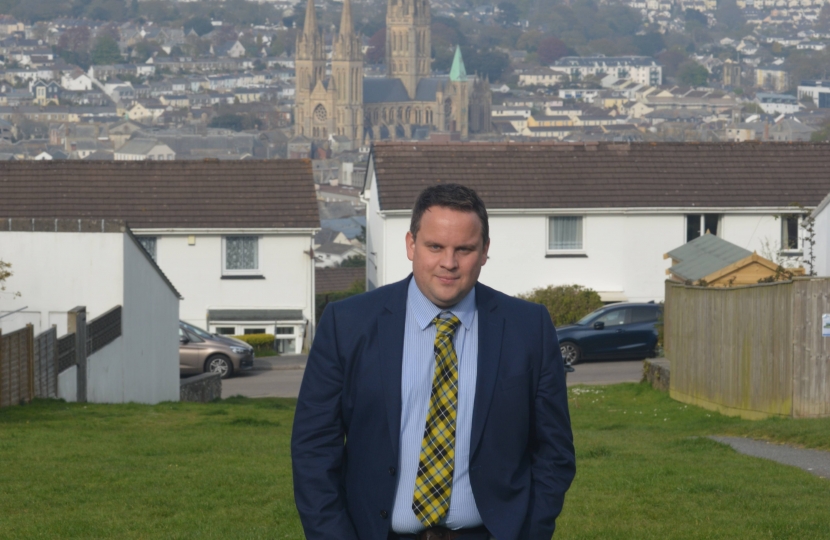 James Mustoe has been selected as a Conservative Candidate for the European elections.

The Cornwall Councillor for Mevagissey is now second on the Conservative candidate list for the South West England and Gibraltar seat, behind incumbent MEP Ashley Fox, ahead of the EU elections which the UK could be taking part in on 23rd May.

James has lived and worked in Cornwall and Devon all his life. He has been Cornwall Councillor for the Mevagissey division since 2014 and also currently works for Cornish MP Steve Double. James is a keen environmental campaigner, having led successful motions at Cornwall Council on banning the launches of balloons and sky lanterns and going paperless, and is currently leading on one calling for better management of Cornwall’s beaches.

He lives in St Austell with his wife Laura and two children.

“But as it stands, the UK has to take part in the EU elections that are taking place on 23 May.”

“I am deeply frustrated by those in Westminster and in Brussels who have allowed this to happen.”

“However I believe change is best achieved by working within the system to change it.”

“IF we take part in the European elections, I will be standing as a Conservative candidate for the South West of England and Gibraltar Region in the EU.”

“Most of the people I speak to everyday just want to see the referendum result from 2016 fulfilled and for us to leave the EU as soon as possible.”

“If elected I promise to go to Brussels and do everything within my power - go that extra mile, to enable us to do this as soon as possible.”