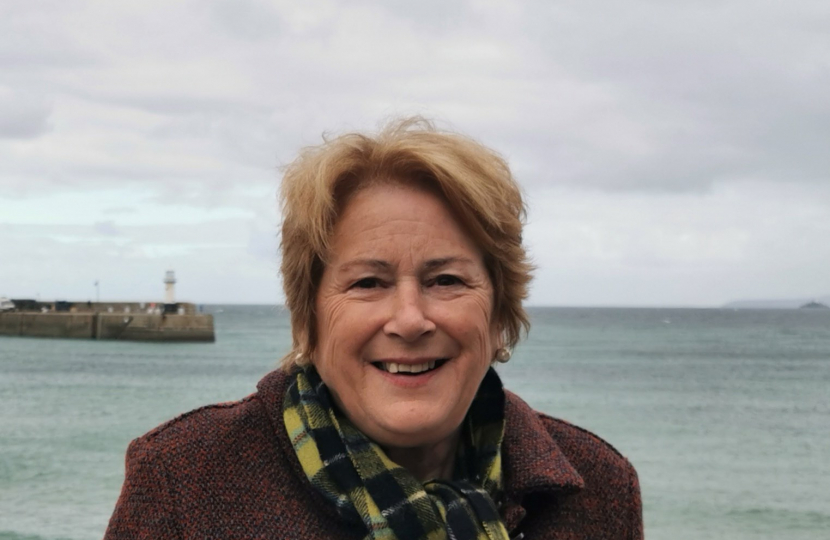 Cornwall Council Leader and Chair of the Cornwall and Isles of Scilly Leadership Board Councillor Linda Taylor has welcomed the news that Cornwall and the Isles of Scilly will receive £132m from the £2.6bn UK Shared Prosperity Fund over the next three years [2022-2025].

The UKSPF will help regenerate communities, tackle economic decline and reverse the UK’s geographical inequalities and is targeted at areas with higher levels of need.

Deprived communities including Cornwall and the Isles of Scilly will reap significant benefits from the fund, which is targeted at communities that truly need it.

“I welcome this significant allocation as part of securing additional powers, and even more investment for Cornwall through an ambitious County Deal later this year.

“The Shared Prosperity Fund will enable the Council to start delivering on the ambitions set out in the suite of housing, transport and sustainable growth plans that comprise Prosperous Cornwall 2050 agreed at Council earlier this week (Tuesday).”

“The UKSPF will allow local leaders and communities in Cornwall and the Isles of Scilly to directly tackle the issues affecting their local area, whether that’s access to more opportunities or high street regeneration.

“This new and innovative approach to empowering local communities is a key part of our levelling up agenda, now unshackled by previous EU restrictions.

“I look forward work closely with local leaders in Cornwall and the Isles of Scilly to see the creative, ambitious choices that communities make as they level up and take charge of their destinies.”

The UK government is empowering local areas to decide how to spend the funding based on their own priorities that matter to them, from supporting local businesses and employment opportunities to reviving high streets and reducing anti-social behaviour. Previously under the EU’s complex, rigid and bureaucratic structural funds, it was decision-makers in Brussels who controlled the funding.

This is in addition to other levelling up funding, including the £4.8 billion Levelling Up Fund and £150 million Community Ownership Fund. On top of this, we’re making available an additional £3.7 billion to councils this year and a generous offer of £8.7bn to Scotland, Wales and Northern Ireland under devolution settlements.

The UK government is empowering local areas to decide how to spend the funding based on their own priorities that matter to them, from supporting local businesses and employment opportunities to reviving high streets and reducing anti-social behaviour. Previously under the EU’s complex, rigid and bureaucratic structural funds, it was decision-makers in Brussels who controlled the funding.

Places like Cornwall and the Isles of Scilly will also benefit from their upcoming devolution deal as a part of the government’s commitment to level up every corner of the UK and empower local communities to have more autonomy from central government.

The allocation formula for UKSPF takes into account both the local population data, and a broadly based measure of need, including factors like unemployment and income levels. This is to ensure the most amount of money is going to areas which will truly benefit from the fund.

Funding for the UKSPF will be £2.6 billion between 2022 and 2025, with this figure reaching £1.5 billion per year by March 2025, delivering on the UK Government’s commitment to match the average spending of EU structural funds over the previous programme.

Previous EU programmes ramped up and down, and areas will continue to receive EU funding until the end of 2024.  Similarly, UKSPF will be increased from £400 million in 2022/23 to £1.5 billion in 2024/25, at which point it will match the EU funds it has replaced.