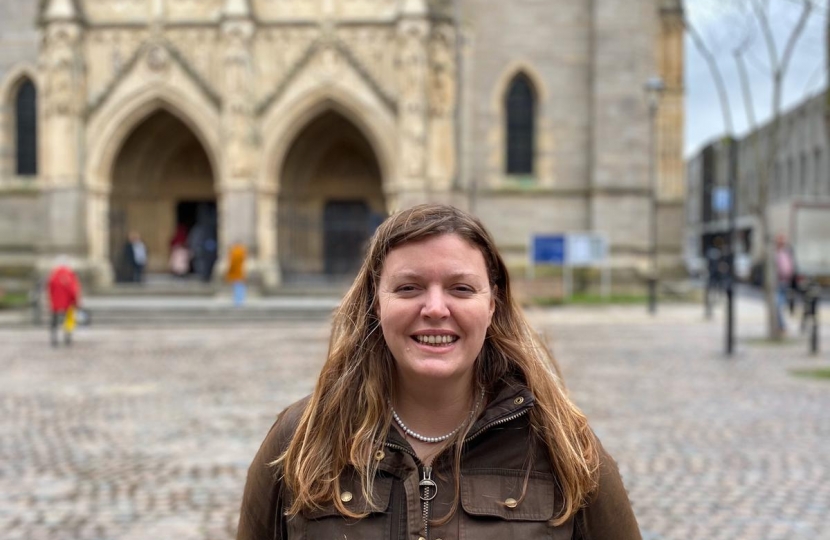 Truro and Falmouth Conservative Parliamentary Candidate Cherilyn Mackrory has welcomed the announcement today that adults who murder children will be imprisoned for life, without parole, under tough new justice plans to be introduced by a Conservative majority Government.

Whilst murder already attracts a mandatory life sentence, the vast majority of convicted murderers do not spend their whole life in prison.

“As both a Parliamentary candidate and as a mother, I welcome the strong stand taken by Justice Secretary Robert Buckland today with his announcement that the next Conservative majority Government will reform the law to make sure that the premeditated murder of a child is set a Whole Life Order – meaning that a prisoner will never be eligible for release.”

“This follows a commitment already made by the Government to toughen sentences for the most serious violent and sexual offenders by abolishing early release at the half way point of a convicted criminal’s sentence.”

“There can be no more sickening injustice than that of heartbroken parents watching the killer of their child walk free.

“That’s why under a Conservative majority Government the law will be rewritten to be absolutely clear: any murderer who denies a young, innocent child the right to life surrenders their own right to liberty. They do so permanently, and they do so without exception.

“There is nothing we can do to take away the pain of the families of murdered children. So we must do everything in our power not to compound it.”

The move is part of a package of measures to improve the way justice works for law abiding British people. As well as clamping down on the early release of serious criminals, it contains plans to cut crime by reducing reoffending through a doubling of the number of prisoners in employment six weeks after their release. These include: