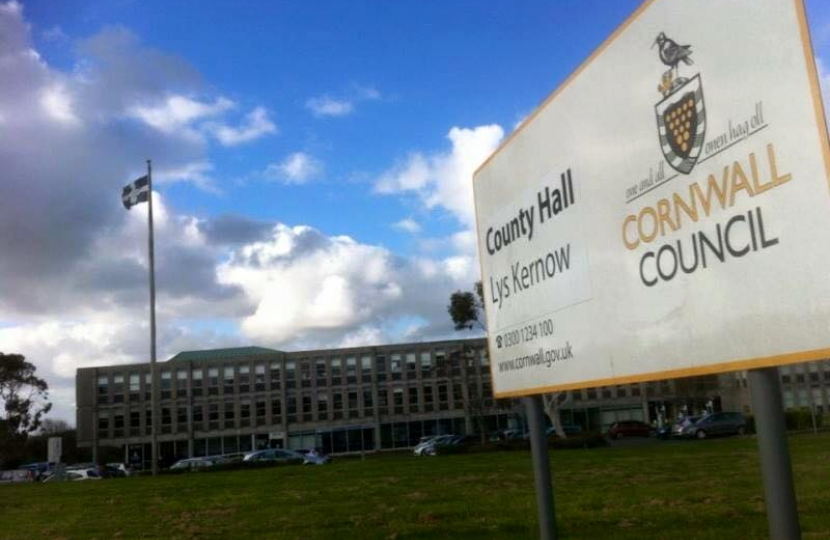 A former Cornwall Councillor and former Cabinet Member for Transport has come under fire after posting inaccurate information on social media regarding a major project he was responsible for which has now run into trouble.

Ex Liberal Democrat Newquay Councillor Geoff Brown posted on Facebook at the weekend that he was staggered at recent issues in relation to the Saints Trails and criticised the current administration claiming that this project was “on time and on budget” when he was defeated by Conservative Louis Gardner at the May 2021 elections.

In January 2021 Cornwall Council’s Audit Committee received a highly critical report on the progress made on the Saints Trails indicating concerns over timetables and costs. The committee was given a personal assurance by the Strategic Director that “this project would come in on time and on budget”, an assurance that has eventually proved to be somewhat hopeful.

David Harris, Deputy Leader of Cornwall Council and Chair of the Audit Committee until the last elections, said,

“There can hardly have been a greater piece of self-delusion since Donald Trump convinced himself that he had won the last US election.”

“It is so annoying when an ex-Councillor who presided over a mess then comes back and seeks to criticise us for actually doing something about that mess.”

“Mr Brown lost the election on 6 May 2021, the Audit Committee received a report on April 30 2021 which stated that the likely costs of completing the project had increased to £25 million against a budget of £19 million.”

“If Mr Brown thinks that this was or is on budget he is deluded. With his former Cabinet position, Mr Brown would also have been aware of the lack of progress made in actually buying land and completing transactions as opposed to claiming that agreement had been reached on so many packages of land. I really don’t think he had any idea of what was going on.”

“This whole matter has come across as a vanity project entered into by the previous administration with little thought for reality by politicians or officers which has now come back to bite us all in the behind. I believe that lessons have been learned from this debacle in terms of the way in which projects are monitored going forward.”

“However, I still want to look further at the way this matter has been monitored and reported on, I am concerned that I cannot get answers to questions I raised in relation to certain aspects of this mess some time ago. We have tried to save something out of this mess and new Cabinet Member for Transport Philip Desmonde has done his best here, but it is absolutely unreasonable for failed politicians to seek to blame us for messes created before we took control of the Council.”

Our Plan for Growth

Chancellor Kwasi Kwarteng on Our Plan for Growth in the economy