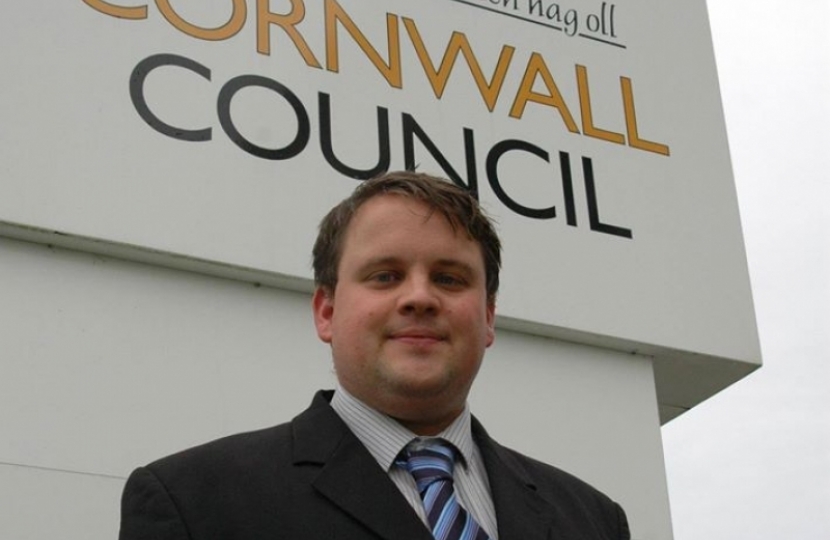 “I was really concerned at a recent Cornwall Council meeting when the administration admitted that that of 376 tender packs sent out to businesses in their expensive and time-consuming 'It's your Convenience' consultation, which was to theoretically keep public toilets open with private funding, only 5 applicants were successful – this was a massive waste of Cornish Taxpayer money and is simply not good enough.”

“I have consistently spoken out about Cornwall Council’s withdrawal of funding for our public toilets, which is effectively putting the burden of funding their running on already hard pressed town and parish councils, leading to the closure of these essential facilities in many of the areas that need them most.”

“Some at Cornwall Council will of course argue that all of their funding woes are due to central government, but this should not divert attention from the fact that Cornwall Council always seems to find the money to fund its pet projects such as the £15m office at Bodmin which is under-used, and £1m on beach huts at Bude (which comes from the same pot of funding public toilet monies would have come from).”

“I am also still waiting for an answer as to how much money Cornwall Council spent in attending the Interceltic Festival in Lorient last year, a question I first asked in September, which I am yet to hear a satisfactory answer on.”

“At the Budget debate last year, we were told that Cornwall Council's 4 year budget of unprecedented cuts was by no means set in stone, and so I hope Cornwall Councillors will agree with me that Cornwall Council should be working for the people of Cornwall, not in generating income for itself, look again at its funding for public toilets, and make a sensible decision to change how it currently operates.”