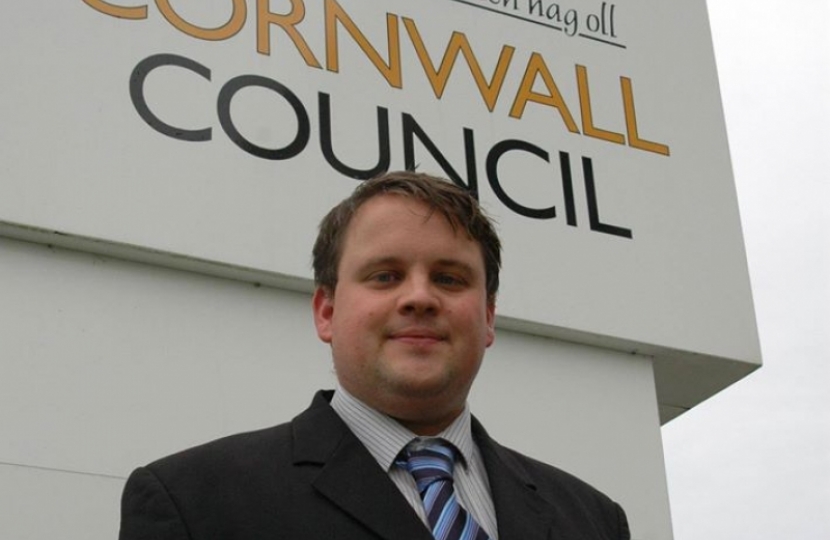 James Mustoe, Cornwall Councillor for Mevagissey has, following the publication of data on the it's your Convenience consultation has today called upon Cornwall Council to urgently review its funding of public toilets.

In a motion that will go before Cornwall Council at its next scheduled Full Council meeting of 24th November, James asks,

That, given the failure of the 'It's your convenience' consultation, that this council urgently reviews the funding of public toilets, given the essential nature of this service to the people of Cornwall".

“Cornwall Council's cessation of funding for public toilets, effectively meaning their eventual closure as our hard-pressed local parish and town councils struggle to raise funds with limited income-streams, has been one of the top issues raised with me by residents since my election.”

“I have consistently spoke out about these closures and the effects they are having or will have, particularly on small rural parishes heavilly reliant on the tourist industry such as Mevagissey, St Goran and Pentewan Valley in the division I represent.”

“However the admittance by Cornwall Council at today's meeting, that of 376 tender packs sent out to businesses in their expensive and time-consuming 'It's your Convenience' consultation, which was to theoretically keep public toilets open with private funding, only 5 applicants were successful, was the last straw.”

“These services are essential to Cornish residents and visitors alike and it is disgraceful that Cornwall Council has seen fit to withdraw them while continuing to waste money on other projects, such as a £1 million investment on beach huts.”

“In a climate where our local MPs have done an excellent job in lobbying the Government at the very highest levels to exempt public toilets from business rates – a formidable and quite frankly ludicrous cost for operators to have to pay, I really think it is time for Cornwall Council to do its bit.”

“At the Budget debate this year, it was said that Cornwall Council's 4 year budget of unprecedented cuts was by no means set in stone, and so I urge fellow councillors to vote with me on asking Cornwall Council to review its funding of public toilets, not just because of the groundswell of public support in favour of this, but simply because it is the right and sensible thing to do.”

For more information contact James Mustoe on 07885277670 or at james.mustoe@btinternet.com