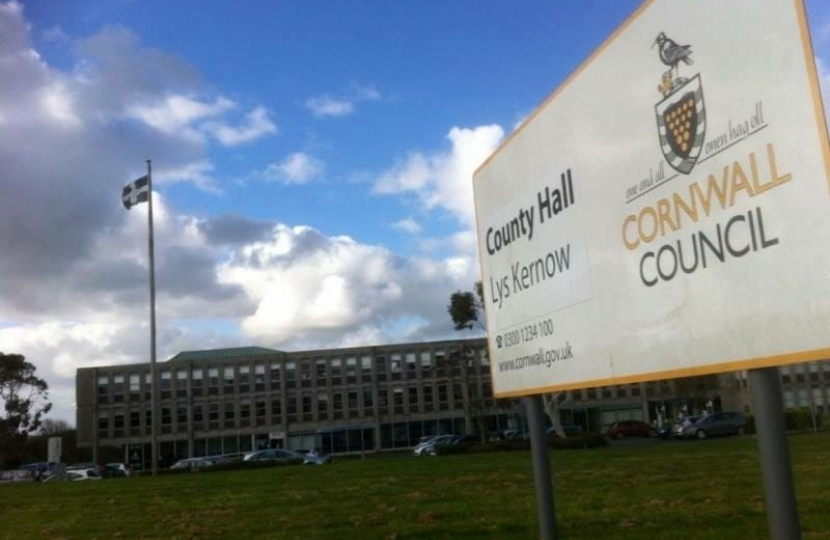 Opposition members of Cornwall Council from the Independent, Liberal Democrat, Labour and Mebyon Kernow Groups have today voted against County Hall having a vote on whether the plans should be put to a referendum of the people of Cornwall, despite having previously proposed a motion asking the council to do just that.

Councillors today voted 43-34 to pass a motion that read:

‘The decision on whether Cornwall Council should vote on whether or not to hold a referendum to decide whether the Council is, in future, led by an elected Mayor, should be deferred until a report is received by Council on the outcome of the public consultation on the Devolution Deal including the requirement to have an elected Mayor.’

However despite previously leading on calls for County Hall to have a vote on whether the plans should go to a public referendum or not, the motion was only passed because the Conservative Group voted to support them.

“I was really surprised to see our opposition apparently united in opposing plans that will, following the shortly forthcoming consultation to the people of Cornwall, see a vote at County Hall on whether future plans for a Mayor should go to a referendum or not.”

“Our excellent Customer and Support Services Overview and Scrutiny Committee Chair John Keeling quite rightly put forward an amendment to the original motion saying that we as a council should not be making any decisions on this crucial matter before having all of the relevant information available. This includes the information on the Deal itself, as well as on our consultation to the people of Cornwall on the subject.”

“This amendment was passed and became the substantive motion, but it appears that our opponents threw their toys out of the pram and refused to support it. Indeed, if they had had their way today, there would be no future vote on a possible referendum or not to the people of Cornwall, and it was only because of Conservative Councillors that this motion was passed and this possibility left on the table.”

“As I have always said, we should not be making decisions on important matters like this without having all of the information to hand to allow us, as a council, to make a true informed decision.”

“Sadly it appears the other political groups on the council are following the example of the so-called Independent Group, who in May this year said they were unanimously opposed to any Mayor without knowing any of the details.”

“We will continue to work with all reasonable partners to ensure these plans are properly scrutinised and decisions made on how they proceed once all information is provided and the people of Cornwall consulted.”

“To do anything else, and instead to rush to hasty decisions based on political bias, would not be right for the people of Cornwall.”