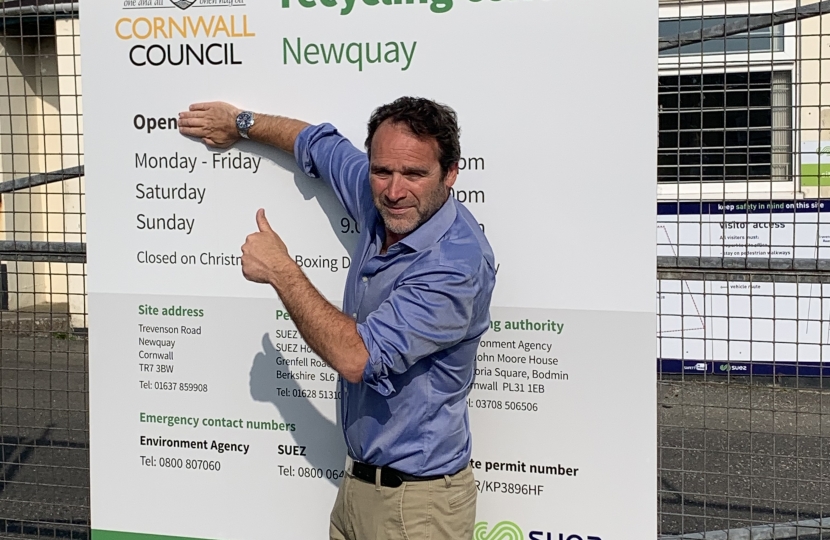 In a strong letter to the portfolio holder last week, Cllr Monk had called upon the Lib Dem/Independent administration that runs the council to do all it could to speed up reopening the sites, after many other councils across the country had already done so.

In a briefing to councillors at the end of the week, the Leader of Cornwall Council said to expect a decision shortly.

"I am glad that since my intervention minds have been focused and it looks like a plan to reopen these important sites across Cornwall is imminent."

"However Government guidelines were actually set out April 28th and the administration running the council have always known they would need to reopen the sites."

"To date, sadly they have failed to come up with any contingency plan during the seven weeks they have been shut. "

"We should have been planning how to deal with reopening the sites as soon as they were closed to ensure as smooth a process as possible."

"This is another example of the Lib Dems reacting to issues rather than having any sort of planned strategy to deal with the problems in the first place."

News that most Cornwall beaches will have lifeguard cover this weekend and that all beaches in the county should soon be covered was welcomed today by Conservative councillors on Cornwall Council.