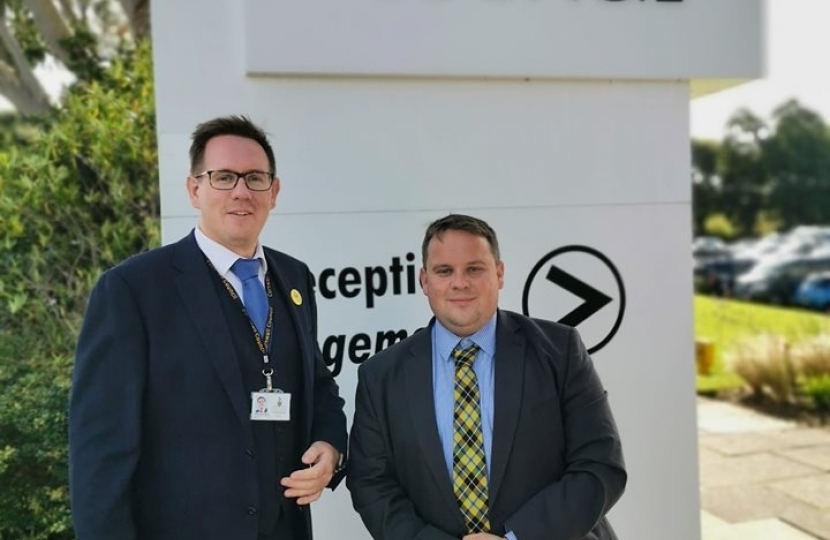 St Austell and Mevagissey Cornwall Councillors Richard Pears and James Mustoe are celebrating as their campaign for Cornwall Council to show compassion when making decisions on eligibility for blue badges has succeeded.

The Councillors had recently brought a motion before Cornwall Council calling upon the authority to show compassion when determining eligibility for the badges after St Austell resident Chris Witt was refused a badge, despite being an amputee.

Cornwall Council have now amended their guidance to read as follows:

‘…there are some exceptional cases which fail the appeals process but may be considered a worthy case to award a blue badge.  This scenario caused media interest in a specific case and resulted in the Council agreeing the Motion raised at Council on 10 September 2019 and which was referred to Cabinet due to the potential resource issue implications for the Council.

“This is a victory for common sense and I am pleased to see Cornwall Council has done the right thing and amended their guidance to allow compassion and discretion to be shown when certain cases don’t tick all their boxes.”

“I am pleased that Cornwall Council has stopped trying to pass the buck back to central government and has now decided to use its powers to make these changes, which will undoubtedly have a positive impact on residents who are trying to not allow their disabilities to determine what they can and cannot do.”

“A positive campaign which I am pleased to be a part of, and thanks to our Member of Parliament Steve Double and local residents for adding their voices for the right outcome for everyone.”