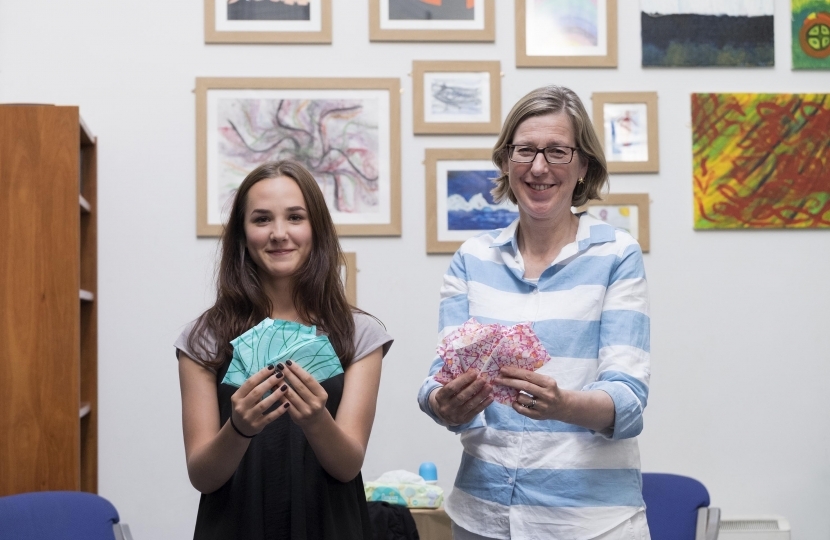 The Prime Minister has today, 7 June, recognised Bimini Love, aged 17, from Newquay, for transforming the lives of people facing period poverty in Cornwall through the distribution of welfare boxes.

After seeing homeless women on her school commute and realising they did not have access to supplies for their most basic sanitary needs, Bimini launched a fund in 2017 to raise money towards providing sanitary products, clean underwear, heatpads and basic toiletries for every homeless woman in Cornwall for a year. Working alongside other charities in Cornwall, Bimini established a permanent initiative named ‘Street Cramps’ to continue providing welfare boxes to those in need and encourage the launch of community projects in other parts of the country. New projects have since launched in Oxford and Manchester, and Bimini has further raised awareness through TEDx talks and on BBC Three’s Amazing Humans.

Bimini is the latest recipient of the Points of Light award, which recognises outstanding volunteers who are making a change in their community and inspiring others. Each day, someone, somewhere in the country is selected to receive the award to celebrate their remarkable achievements.

In a personal letter to Bimini, Prime Minister Theresa May said:

"Your ‘Street Cramps’ project to combat period poverty in Cornwall shows amazing initiative and innovation. As we mark Volunteers’ Week, you are demonstrating the difference young people can make in their communities. I wish you the very best with growing your project further across the country."

“I am delighted that Bimini has won this award. I met her two years ago, at St Petrocs where we discussed her great work with them and others to provide sanitary and personal hygiene products to people sleeping rough. She is an articulate, confident and inspiring young person and I was pleased to recommend her to the Minister responsible for the Government’s new task force Ending Period Poverty in the U.K. In addition to her winning this prestigious award, I have heard this week that the Government Equalities Office will be in touch with Bimini to bring her into the task force discussions to share her experiences in combating this issue. Bimini is a great example of the many local young people who volunteer in our community, making a really positive difference.”

"It is amazing to have been chosen as a Point of Light, I feel very privileged to have been selected alongside so many other amazing people."

Regardless of whether it’s a doctor restoring local monuments in her free time, a father teaching young people life skills, or a local musician giving a voice to lonely people, the Points of Light award honours shining examples of volunteering across the UK.