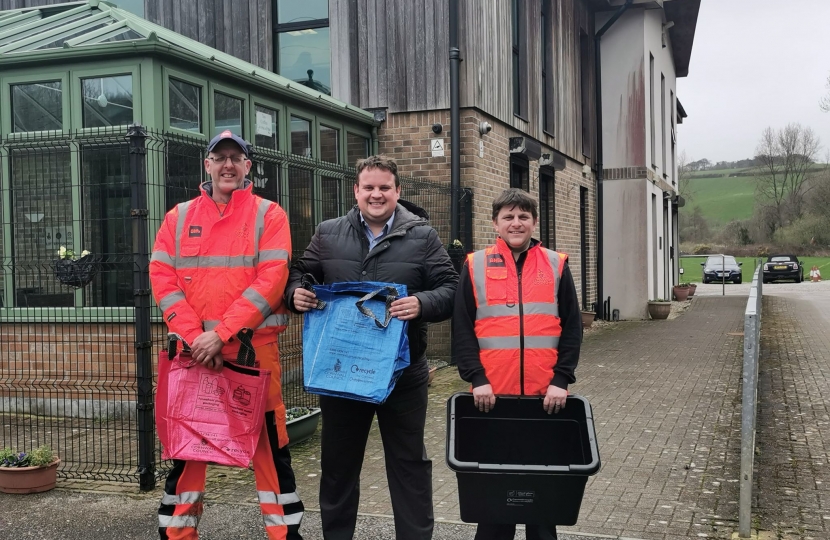 James Mustoe, Cornwall Councillor for Mevagissey, has worked with local community Hub the Mevagissey Activity centre and waste and recycling contractor Biffa to provide a local supply for recycling equipment in the village.

“As part of my role as Cornwall Councillor I have been regularly approached by residents who experience delays in getting their recycling equipment delivered to them of weeks or even months.”

“Thinking outside of the box I decided to bring the facility to Mevagissey and have trialled a service that was very popular with local residents where equipment could be picked up from the MAC (Mevagissey Activity Centre).”

“I would like to thank the team at the MAC and BIFFA for their support in this and can now confirm it has been rolled out permanently to the village, allowing people to pick up their recycling equipment without leaving their community and during open times that are more friendly to those who work full time.”

“With Cornwall Council encouraging people to recycle more and cut back on their carbon footprints I hope this will be a sensible example of a solution that helps people to do both!”