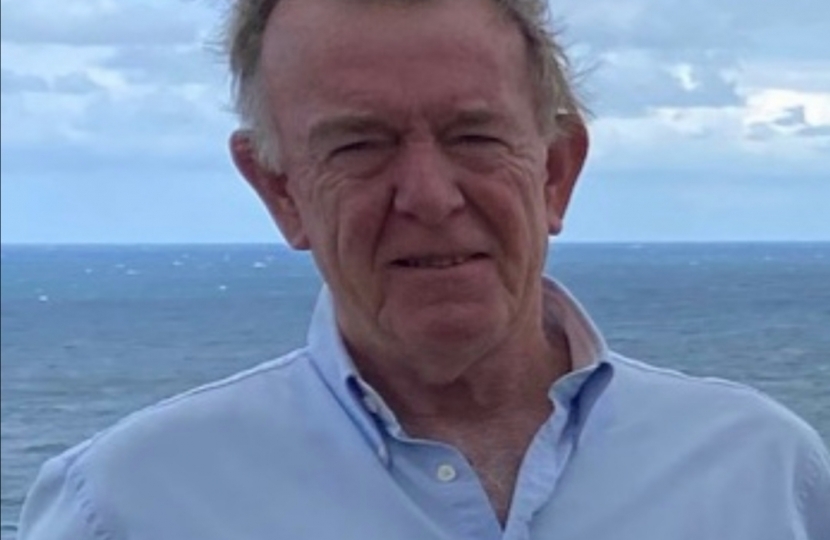 “Councillor Geoff Brown issued a statement via Facebook on 31 January saying that there had been a positive review of the Saints Trails project at the Council’s Audit Committee on Friday. I am Chairman of the Audit Committee and all I can say is that he must have dreamed this outcome.”

“After a critical report from the Council’s Internal Audit department the Committee resolved to only take “limited” assurance from what it was told by the Council Officers and asked that they come back to the Committee in three months not the suggested six months to explain further on progress-and this is positive??”

Nobody at the Committee could explain satisfactorily why this project had not been treated as a Strategic one by the Council which would have meant it was subject to a greater degree of scrutiny(whether that would make any difference is a separate matter) . The excuse given for this was that the project was viewed as being four different ones (i.e. one for each trail) even though the project was originally approved as one big deal. This is like saying that the so-called Langarth project should not be treated as Strategic because we will regard it as being 3,000 separate projects to build 3000 individual houses. Positive?”

“Cllr Brown says that the project will come in on budget and that the figures showing a potential £6 million overspend are “just an appropriate level of contingency in recognition of land still to be secured and further investigations still to take place”. Anybody reading this would think that at least some land had been secured but the Audit Committee was told that no legally binding contracts had been entered into for any of the 43 pieces of land needed to be a bought.  Furthermore we were told that the Council do not understand the conditions of the land that they hope to buy and so have no idea of what problems they might find. One interesting and logical question that was not put at the Audit meeting was whether the Council intends to buy land and then do surveys-how long will this take? How can this be “positive”?”

“As Chair of the Audit Committee I refused to allow one Councillor to pursue a line of questioning that was critical of Cllr Brown on the grounds that such questioning is not the job of the Committee but after such a Facebook post I fear that Cllr Brown has invited criticism on himself.”