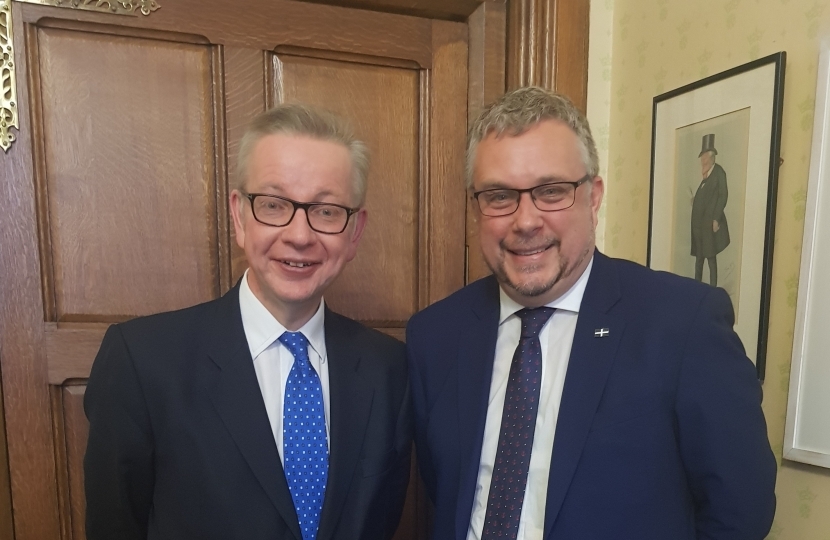 Steve Double, Member of Parliament for St Austell and Newquay has secured a review of the legislation covering balloon and sky lantern releases following a meeting with Secretary of State for the Environment Michael Gove.

Steve recently met with Michael Gove in Parliament to request review of the legislation covering littering to include balloon and sky lantern releases, following Steve’s raising this matter in Parliament earlier this year.

“Earlier this year I attended the Plastic Free Cornwall Summit and heard from the many voluntary groups that are already doing so much in Cornwall about what a menace balloons and sky lanterns are to our wildlife and environment.”

“On Love Your Beach Day in February I raised this matter in Parliament, calling upon the government to consider reclassifying balloon releases as littering.”

“Releasing balloons and lanterns is no different to littering. You are just throwing rubbish up instead of down, and we all know that what goes up must come down.

“The legislation around this was last reviewed in 2013. There is much more awareness now of pollution caused by balloons and lanterns and amending the policy in this way is a sensible and achievable step to take.”

“I have now met with the Secretary of State for the Environment in Parliament and was pleased that he has agreed to look into this matter and review this policy.”

“I will await the outcome with interest.”