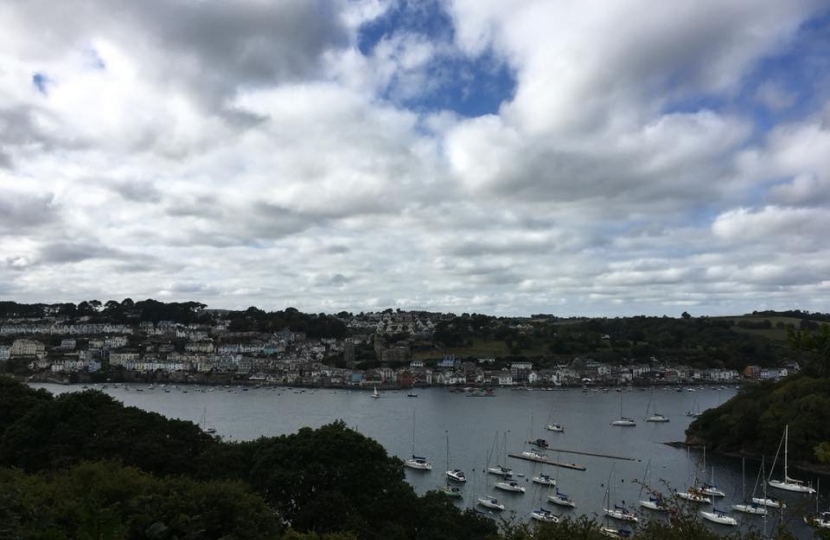 Steve Double, Member of Parliament for St Austell and Newquay has welcomed the news that Fowey River Academy will be transferring to the Leading Edge Academies Partnership from 1 May.

This follows Steve working with the team from Fowey River Academy and Leading Edge Academies Partnership, along with the Department for Education to enable the smooth transfer after concerns were raised about previous management at the Fowey School.

“I am really pleased to have been able to support this transfer and congratulate the excellent team at Fowey River Academy, who I am sure will continue to thrive in their new management. Fowey River Academy have faced a number of challenges in recent times but this transfer to a more local Academy Trust will provide a period of stability and consistent support that will enable the school to progress .I wish the staff and pupils well for the future and look forward to continuing to do all I can to ensure schools in Mid-Cornwall provide the best education possible.”

"On behalf of the Trustees and Executive Team at the Leading Edge Academies Partnership, I would like to announce the transfer of Fowey River Academy on May 1st 2019 from the recently discredited and defunct Adventure Learning Academies Trust that appeared on Panorama in the Autumn. Fowey River Academy will be joining a new, exciting and aspirational trust that is one of the best performing MATs in the country called the Leading Edge Academies Partnership. There are 5 schools in this relatively new MAT who they are already providing outstanding educational provision and opportunities for the young people in their care.

“Every Trust school aims to be a high flying centre of excellence for academic, musical and sporting prowess.  This is already evident in the two Leading Edge secondary schools that have recently received letters of praise for their GCSE results in 2018 from Nick Gibb, the Education Minister. He praises excellent progress and attainment scores and the offer of a rich academic curriculum including languages as evidenced by their EBACC entry. “

“This academic success is a transformation for the Five Islands Academy who were sponsored by the Trust and have turned around its fortunes in less than a year. In addition, Mounts Bay Academy hit the headlines over Easter with alumni Molly Hocking winning "The Voice" on ITV and gaining a record contract. She thanked the school for supporting her musical career. Mounts Bay also has sporting alumni aplenty with two England Rugby players featuring in the recent Six Nations competition, the indomitable Jack Nowell and impressive Luke Cowan- Dickie. They are not alone as we have numerous professional rugby players from the Academy playing for the Exeter Chiefs and the Cornish Pirates Premiership Rugby teams. The MAT primary schools, Ludgvan and St Hilary, are also gaining top academic results and are recent cup winners for a number of sporting competitions.”

“This outstanding track record of the Trust will inspire action so that Fowey River Academy will be one of the best schools in Mid Cornwall very soon. We are looking forward to working with the community to put Fowey on the map.  Watch this space!"